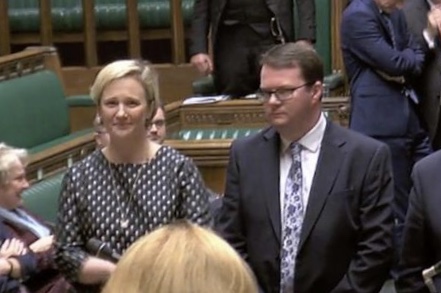 Thanks to the tireless work of decades of activists, of grassroots organisations like Love Equality and the London-Irish Abortion Rights Campaign, the parliamentary mastery of Stella Creasy MP and Conor McGinn MP, and finally the votes of MPs today we're closer than ever to being able to say that we have equal marriage and abortion reform in Northern Ireland. So thank you for all your support along the way.

Of course, we would have far rather seen these issues being legislated on by the Northern Ireland Assembly and it is a source of deep regret that the institutions of the Good Friday Agreement are not up and running. We continue to passionately believe in power-sharing government and locally made decisions. But we also believe that equality can't wait any longer.

Given the size of the votes yesterday, we can be confident that change is coming. And not a moment too soon. So special thanks to Stella and Conor for finally getting the work done by so many over the line yesterday.