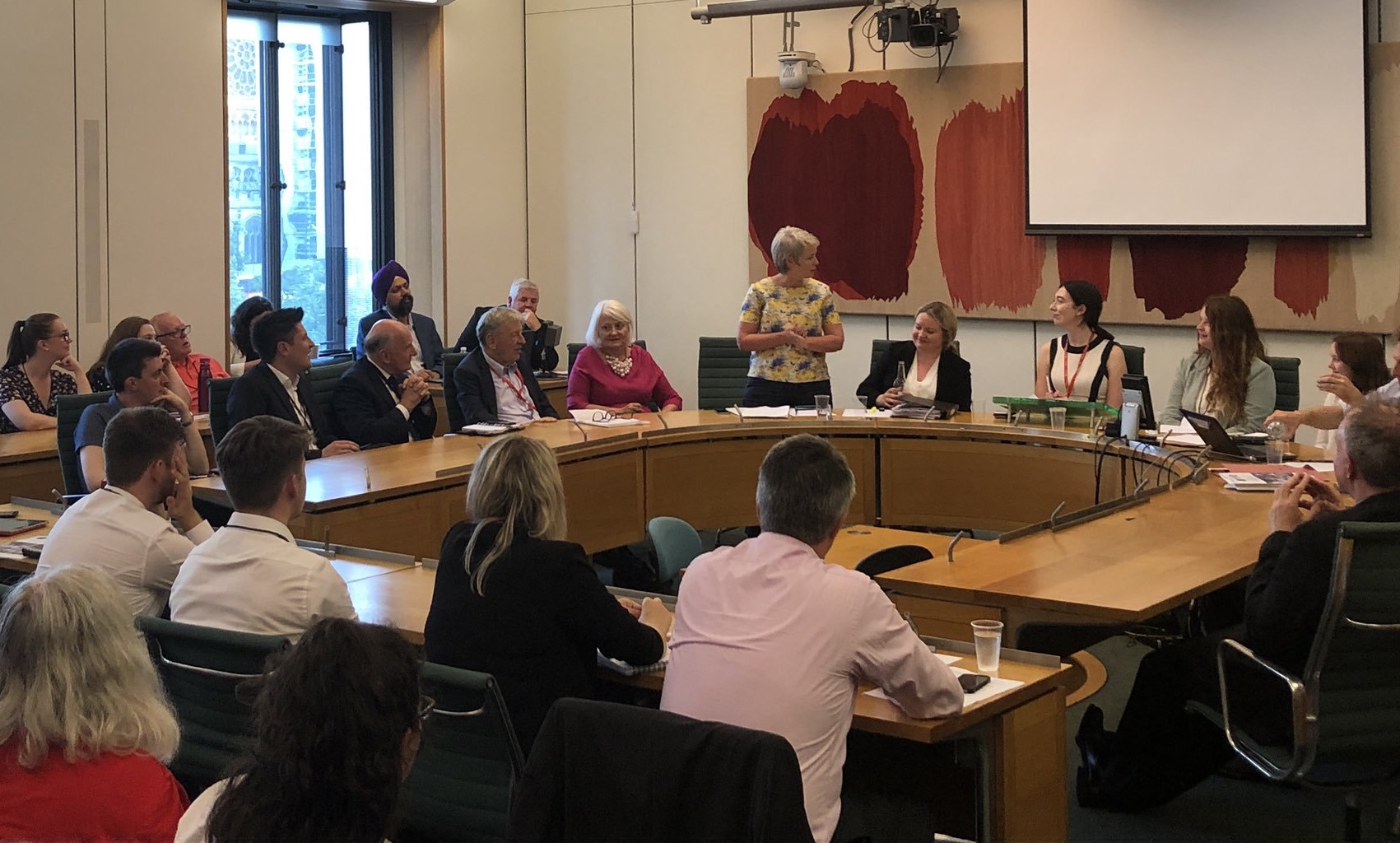 The Labour Party Irish Society tonight hosted a debate on Brexit and Irish Citizens’ Rights in the House of Commons.

The backstop and the future of the Irish border have been the focus of Brexit discussions. However, the Brexit also raises critical questions about the rights of Irish citizens in Northern Ireland, including their birthright ‘to identify themselves and be accepted as Irish or British, or both’ enshrined by the Good Friday Agreement.

The packed meeting was addressed by:

This event was an opportunity to learn more about Emma’s case and the wider issues in protecting the Good Friday Agreement and the rights of Irish citizens.

The UK and Ireland’s common EU membership was taken as a given in the Agreement, and the negotiations have exposed the threat Brexit poses to the fragile citizenship settlement. This has been highlighted by the case brought by Emma De Souza who is challenging the Home Office’s treatment of her as a British citizen in her application to bring her US-born husband to Northern Ireland, denying her right to identify and be accepted as exclusively Irish and therefore exempt from the income threshold.

Emma took the UK Home Office to court and won her case, and has also won support from Taioseach Leo Varadkar. However, the Home Office have now said they will appeal. The Labour Party Irish Society supports Emma in her case and the importance of upholding the Good Friday Agreement.