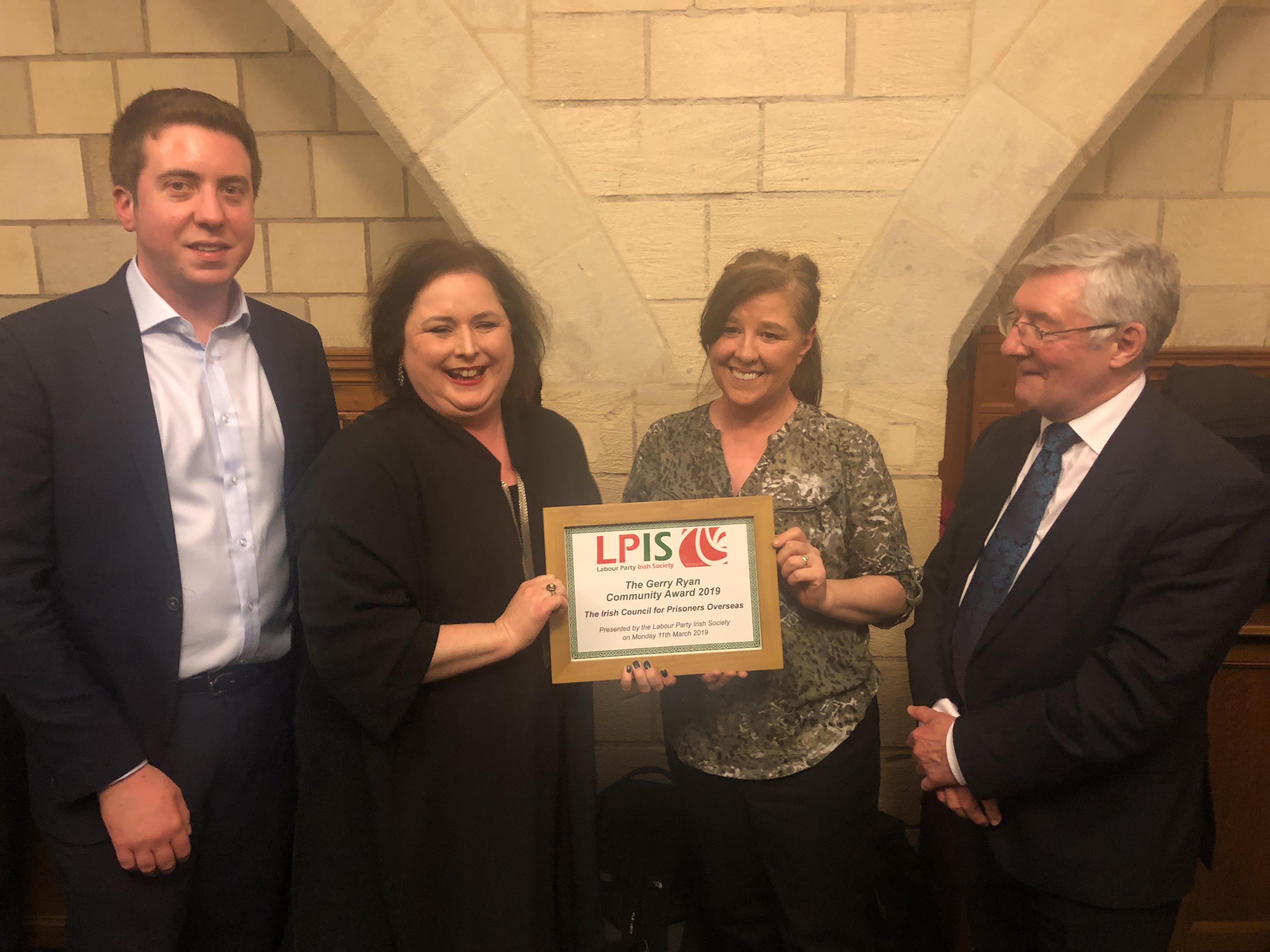 The Labour Party Irish Society presents the Gerry Ryan Community Award annually for organisations and charities who make a contribution to the Irish community in Britain. This year the society decided to recognise the work of the Irish Council for Prisoners Overseas.

Irish prisoners overseas face significant difficulties, including dealing an unfamiliar legal system, discrimination and language barriers. Some prisoners experience extreme hardship, with limited access to basic necessities, and in some jurisdictions prison conditions and safety are a major cause of concern.

The Irish Council for Prisoners Overseas (ICPO) provides information and support to Irish prisoners overseas and their families. The ICPO was established by the Irish Catholic Bishops’ Conference in 1985 in response to serious concerns regarding the number of Irish men and women in UK prisons.

Councillor Gerry Ryan was a long-standing Irish Labour councillor in Croydon and a founding member of the Labour Party Irish Society. Following his passing in 2015 the LPIS honoured his memory by establishing this award to recognise others, like Gerry, who have done so much for the Irish in Britain.