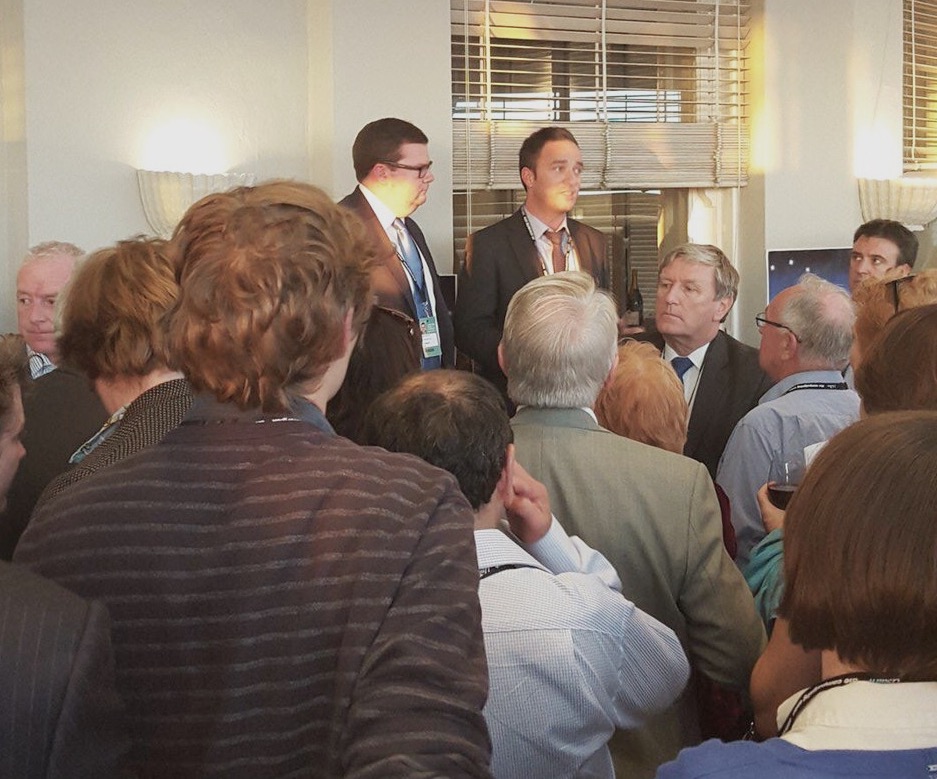 Thanks to everyone who came to this year's Irish Reception at Labour Party conference which saw a packed out attendance as friends came together from the Labour Party Irish Society, the Irish Labour Party and the SDLP.

It was great to hear from John Lyons TD about Labour's leading role in ensure the equal marriage referendum passed earlier this year, which was a real moment of joy in both Britain and Ireland. And let's not forget there is still work to do with Northern Ireland's politicians still failing to recognise equality in law.

SDLP leader Alasdair McDonnell MP received load cheers as paid tribute to outgoing shadow Northern Ireland secretary Ivan Lewis MP, who has been respected across communities and has always been a great friend to the Labour Party Irish Society.

Alasdair also spoke about the defining issue of this parliament: the EU referendum. We need to mobilise the Irish community in Britain so that we can keep the peace and progress that EU membership has delivered going. This was a theme also picked up on by Ambassador Dan Mulhall who also paid tribute to the Labour Party's commitment to Ireland and Irish issues.

Alison McGovern, Labour MP for Wirral West, spoke of her pride in her Irish roots and the values that still drive her today. She rightly praised the sense of community that remains strong in Britain today.

We hope you all enjoyed the night as much as we did and look forward to seeing you all again at conference next year!